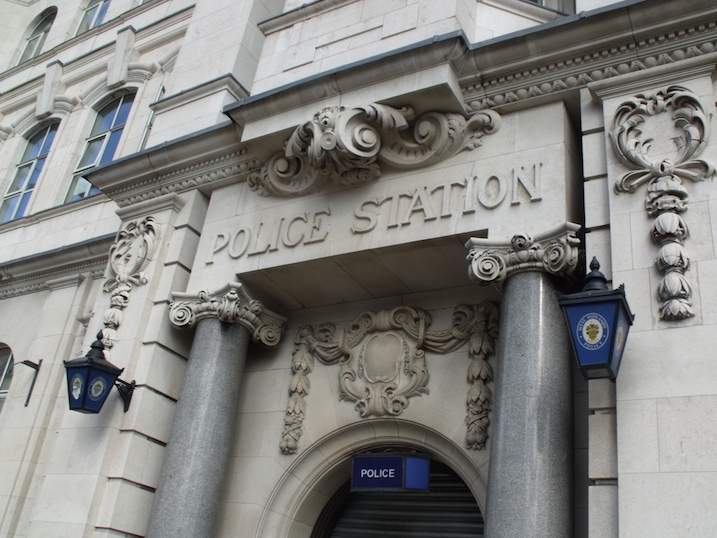 Got a video of a particularly dangerous driver putting you or someone else’s life in danger on the roads?
Want to report it to the Police but don’t know how?

You may think it isn’t worth reporting poor drivers to the police. In some areas it may not be worth reporting the slightly poor ones but dangerous road users should be reported to the police, especially when you have video evidence of how dangerous they are. Your police service may not be used to it but don’t let that stop you. That dangerous driver could kill or seriously injure someone if they are not spoken to by the police.

You can find all the contact details of every police station here. Send a link of your video with a brief description and your details (name, date and place of birth, address etc..), the licence plate is not a must but things go a lot faster if you have all the numbers and characters.
Once this is done you will get a subpoena in the mail soonish to give a testimony at the station. Police will make a CD/DVD of your video, no need to burn it.
The whole process takes about 3 months if no hiccups occur.

Thanks to sajatzsiron for this information

Avon and Somerset police do have an online form which goes to the Roads Policing Unit. However this appears to be for general questions rather than reporting of incidences.

Thanks to Redvee2002 for this information

Report to the local police station, the traffic unit will look into it and see if they can use the video footage as an independent witness. They ask that you keep the footage off of youtube etc.. when reporting it to them. As they can’t use footage from the public domain as evidence. Technically that isn’t true, we have had cases go to court where the footage had over 15,000 views on youtube.

Thanks to Monkreadusuk for the information.

Kent Police only look into an incident if it could go to the Crown Prosecution Service, so no letters or visits from police officers. Otherwise it is automatically closed (without looking at the footage). Helmet camera footage isn’t seen as an ‘independent witness’.

Thanks to maidstoneonbike for the information

In London we are lucky enough to have the RoadSafe London reporting system. A simple web based form which goes straight to the Road Crime Intelligence Unit which is staffed by experienced traffic officers. They have the capability to view youtube videos and will watch videos submitted to them via the form. This form and unit is not aiming for prosecutions, if the incident is particularly bad then it is best to do the paper form method mentioned below.
RoadSafe London look to educate people in a simple way, by sending them letters. This has a noticeable impact as a few video camera cyclists have seen offenders a few weeks later and their driving has been near perfect the second time.
Reports are recorded on a database so repeat offenders are easily spotted.

These will need to be reported at a Police station, it can be done at any station in London or Greater London. Fill out form 207 Road Traffic Collision form, burn a copy of the whole incident on DVD or CD and take it and the form to a police station. Some of the form may not be applicable, just leave it out. I was advised by a traffic officer from RoadSafe London to fill out form 207 with this incident which resulted in the owner of the vehicle being prosecuted.

[Do you have more information about RoadSafe London or how to report incidences in London?]

In Northumbria they cant view videos at there call centres, not sure of the police station never used it. however they always send an officer round to view the video and the officer normally comes round the next day or the night of reporting it. Normally sorted in a few hours unless when they knock on the drivers door they dont get an answer. The police force round me is great.
easy to contact using 101 number or email.
10/10 for my police force

Thanks to PilotInCommand100 for this information

Operation Crackdown is run by Sussex police and allows you to report anti-social and dangerous driving online.

Operation Crackdown will only take action against drivers that are reported more than once.

Thanks to SheffieldCyclist for information on Operation Crackdown.

[Do you have more information about Operation Crackdown or how to report incidences in Sussex?]

[Do you have more information about Drive SMART or how to report incidences in Surrey?]

Have we missed your area? Do you have information on how you can report incidences in your area? Get in touch with us and we can update the post.